Here’s the catch though, the new Foxy Melt is not available on the menu at their original location, but it provides the perfect reason/excuse to check out their new spot at The Works in Atlanta’s Upper Westside.

ATLANTA - In March of 2017, #BurgersWithBuck paid a visit to our good friends Jonathan and Justin Fox to feature the "burger" at Fox Bros. Bar-B-Q on DeKalb Avenue. While their original take on a burger is a delicious chopped brisket sandwich, dressed like a burger with lettuce, tomato, pickles, onion, bacon, pimento cheese, and jalapeno mayo served on a brioche bun that earned a well-deserved thumbs up from #BWB, in the back of our minds we always hoped that one day they would add an actual burger to their menu. This week, our dreams have come true.

Not only have they added a burger to the menu, they’ve added a brand new location as well.  Here’s the catch though, the new Foxy Melt is not available on the menu at their original location, but it provides the perfect reason/excuse to check out their new spot at The Works in Atlanta’s Upper Westside.

Let’s start with the Foxy Melt.  While some have debated whether or not a patty melt is a burger, Co-Owner Jonathan Fox says there is no debate, and he points to their new Foxy Melt as the prime example.  How does this sound, two four-ounce house ground brisket patties (already sounds great, doesn’t it), topped with American cheese caramelized onions, poblano peppers, a house made beef fat dijonaise, and served on toasted rye bread? I can answer that for you. It not only sounds great, but it tastes even better.  While some among us will continue to discuss the whole ‘is a patty melt a burger?’, we think our time and your time would be better spent researching the topic by eating another Foxy Melt. 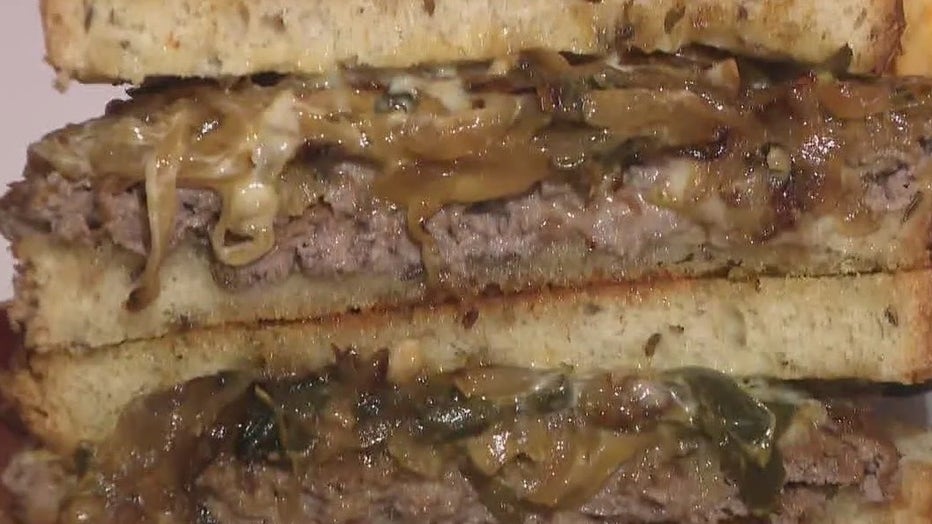 The new Fox Bros. Bar-B-Q location is officially open as of this week at The Works in Atlanta’s Upper Westside, and it's the only place you can get the Foxy Melt.

The new Fox Bros. Bar-B-Q location is officially open as of this week.  It is a beautiful 9,300 square foot (+) restaurant, with ample indoor and outdoor seating, and it will always have a couple of things the original location will not… plenty of space, and plenty of spaces (to park).  The entire development is really cool, with kind of a Ponce City Market and Krog Street Market kind of vibe.  You owe it to yourself to check it out, and if you’re reading this, you definitely owe it to yourself to check out the Foxy melt, ASAP!

For more information about Fox Brothers Barbecue including their location(s), menu, and hours of operation, go to their website and also check out https://theworksatl.com/.  And, as always, if you have a favorite burger that you would like to see featured on Good Day Atlanta, tell me about it on https://www.facebook.com/BuckFOX5 or https://twitter.com/BuckFOX5, and don’t forget to use the hash tag #BurgersWithBuck and/or #BWB.