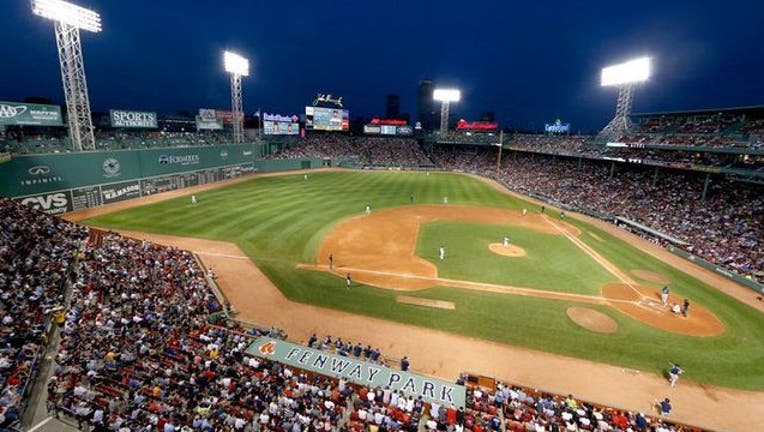 (FOX NEWS) - Protesters caused a stir at Boston's Fenway Park Wednesday night when they unfurled a banner proclaiming "Racism is as American as Baseball" over the famed Green Monster.

Two women and one man were seen holding up the black banner in the middle of the fourth inning of the Red Sox game against the Oakland Athletics.

The Boston Globe reported that the crowd booed the banner until it and the protesters were removed by security. The game was not delayed.

In a statement, the Red Sox said that four people were ejected from the park and the banner was "in violation of the club's policy prohibiting signs of any kind to be hung or affixed to the ballpark." The club's statement did not mention the message on the banner.