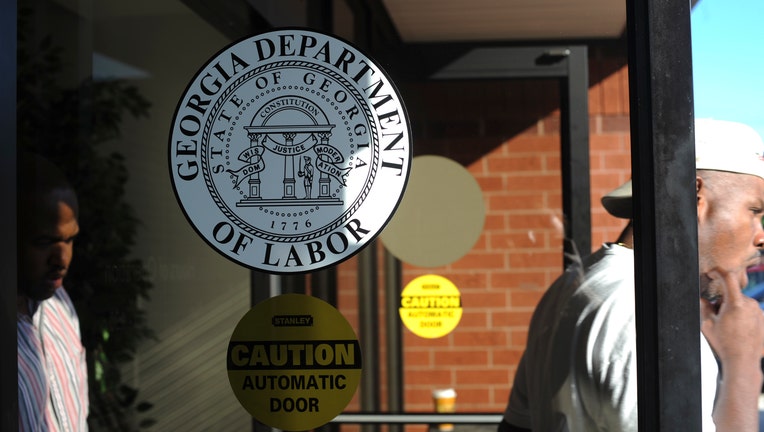 People leave the Gwinnett offices of the Georgia Department of Labor. (Photo by Chris Rank/Corbis via Getty Images)

ATLANTA - Georgia's unemployment rate dropped to the lowest in the state's recorded history in October.

Labor Commissioner Mark Butler says the low rate was due to job growth in the state.

"We have seen continuous job growth this year as we have gained back 90 percent of the jobs lost during the pandemic," Butler said. "The continual increase in employment opportunity, particularly in those areas hardest hit by the pandemic, reinforces the critical need for encouraging available Georgians back into the workforce."

In total, the state says jobs in Georgia were up 21,000 over the month and just over 4.6 million for the year. The high job growth in Georgia is only the fifth time since 1990 that the over-the-month job growth was over 20,000 for October.

Officials say much of that growth is coming from the fields of administrative and support services, transportation and warehousing, and retail trade. The areas in the state that are struggling are food services, local government, and religious, grants, civic, and professional services.

Over 200,000 job postings from companies such as Amazon, Home Deport, and Wellstar Health Systems are unfilled on the state's Employ Georgia website.