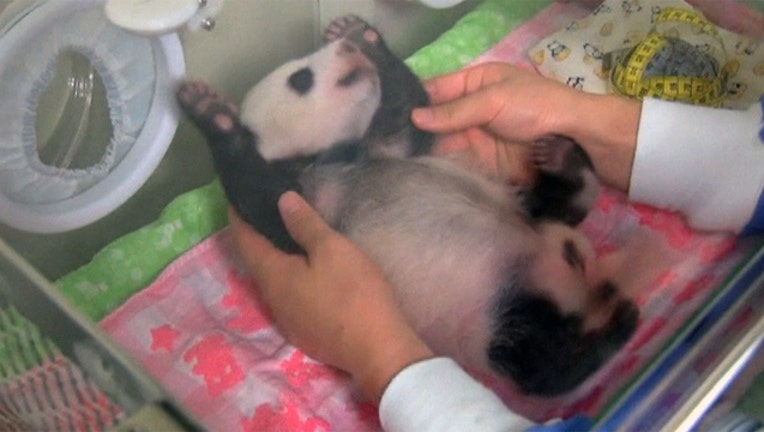 TOKYO (AP) - Japan's capital says it will start collecting suggestions this week for the name of a recently born giant panda cub.

Tokyo's Ueno Zoo, Japan's oldest, has not shown the cub directly to the public. But it released a video of the cub born on June 12 showing the squeaky baby snuggling with its mother, ShinShin. The female cub already has the characteristic black and white panda pattern in its fur and its eyes have opened.

ShinShin's last cub was born in 2012 and survived only six days. The newcomer appears to be thriving, and is sure to draw huge crowds once it goes on display.

The city government has said it will accept name suggestions online and also in a suggestion box at the zoo. Local reports said the panda will be named when it is about 100 days old.

About 420 giant pandas live in captivity, mostly in their native China, while about 1,860 live in the wild.

For decades, China gifted friendly nations with its unofficial national mascot, in what was known as "panda diplomacy." The country more recently has loaned pandas to zoos on commercial terms. Eventually, the cubs born overseas must be returned to China.

But in the meantime, Japan is rejoicing in having a new giant panda to coo over.