GWINNETT COUNTY, Ga. - Gwinnett County police are asking for your help identifying a man accused of inappropriately touching a young teenager at a clothing store. 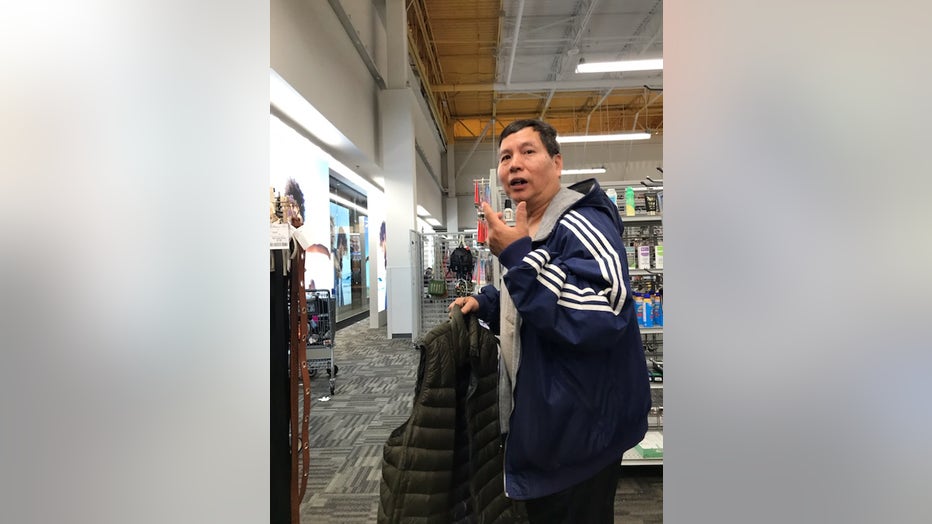 Officials say the incident happened around 6 p.m. New Year's Day at a Burlington Coat Factory on the 5900 block of Sugarloaf Parkway in unincorporated Lawrenceville.

The 13-year-old victim told police the unidentified man rubbed his private area against her while she was kneeling down to look at some clothing.

Search for man caught on camera

The man also tried to talk to the teen, asking her what her age was, police say.

Thinking quickly, the teenager took the photo of the man with her phone, officials reported.

The suspect is described as a man who is around 5-feet-6-inches tall with dark hair. He was wearing a dark blue windbreaker jacket with three white stripes on the outside and grey lining.