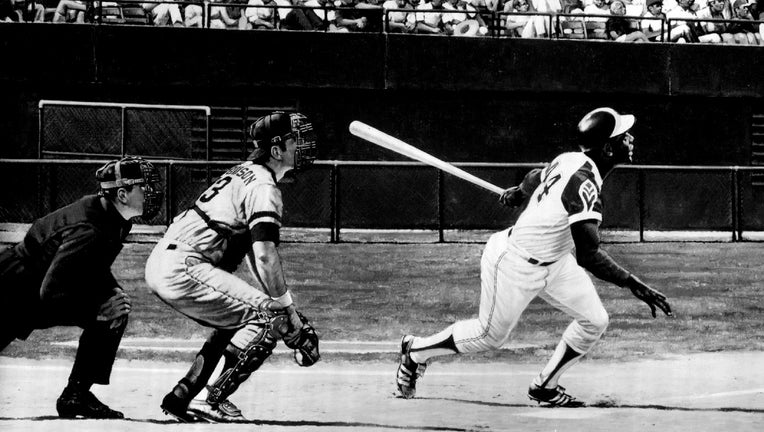 Hank Aaron hits his 715th home run, breaking Babe Ruth's long-standing record of 714 lifetime home runs. Even now, as Hank Aaron goes on establishing an even higher total, there is probably a Little Leaguer out there somewhere who will, in the future

ATLANTA - The baseball world and beyond tuned in the night of April 8, 1974, and Hank Aaron delivered. That’s when The Hammer broke Babe Ruth’s home run record with No. 715, an achievement that highlighted his career but hardly defined it.

"You were and are an inspiration to be a better person on and off the field. We lost a true LEGEND of the game today," three-time MVP Mike Trout tweeted. 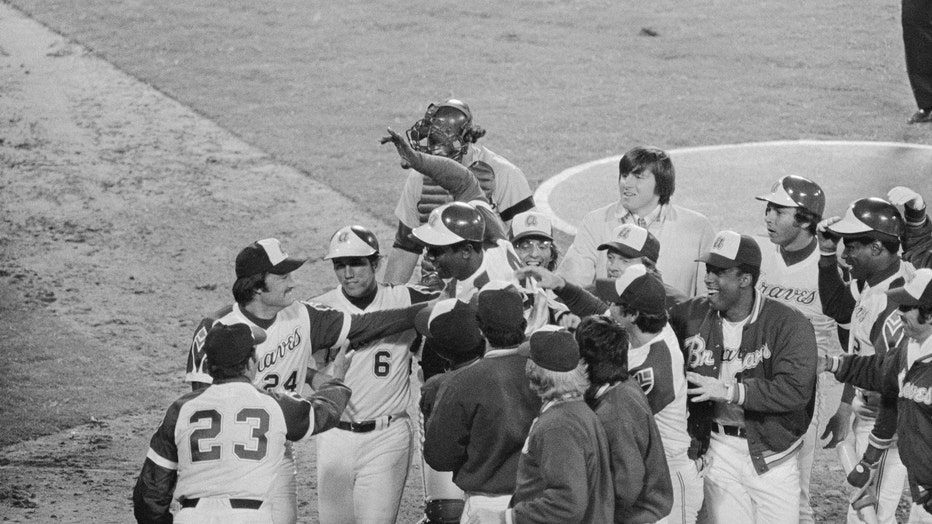 With his hand held aloft, Hank Aaron leaps into a host of cheering teammates after he hit his 715th home run on April 8th, during the night of breaking a long standing record of Babe Ruth. The homer came in the 4th inning of their game with the Los A ((Getty Images))

Aaron, who endured racist threats with stoic dignity on his way to hitting 755 homers and ascending the Mount Rushmore of sports, died Friday at 86. 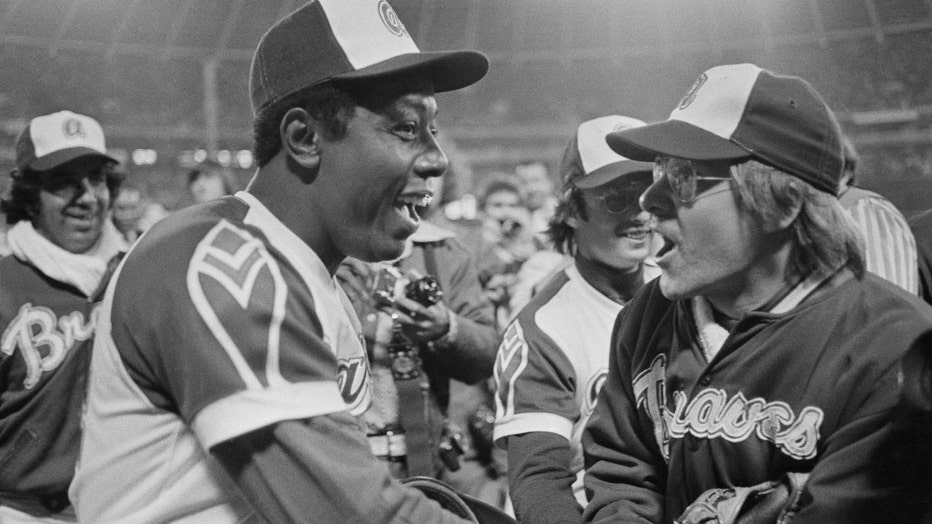 The Braves star still holds the mark for RBIs and extra-base hits, though his home run record was broken by Barry Bonds in 2007. 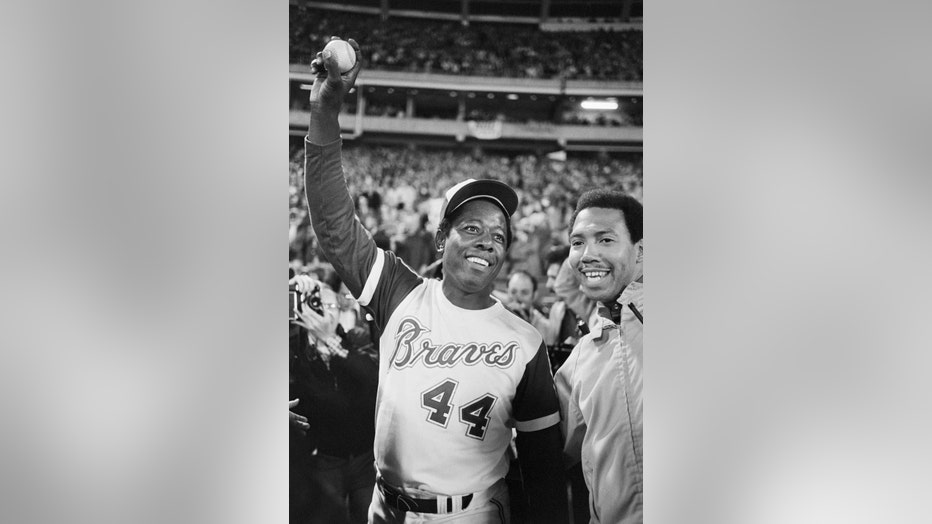 Fittingly for a man who did so much for so many, Aaron’s last public appearance came just 2 1/2 weeks ago, when he received the COVID-19 vaccine. He said he wanted to help show Black Americans it was safe. 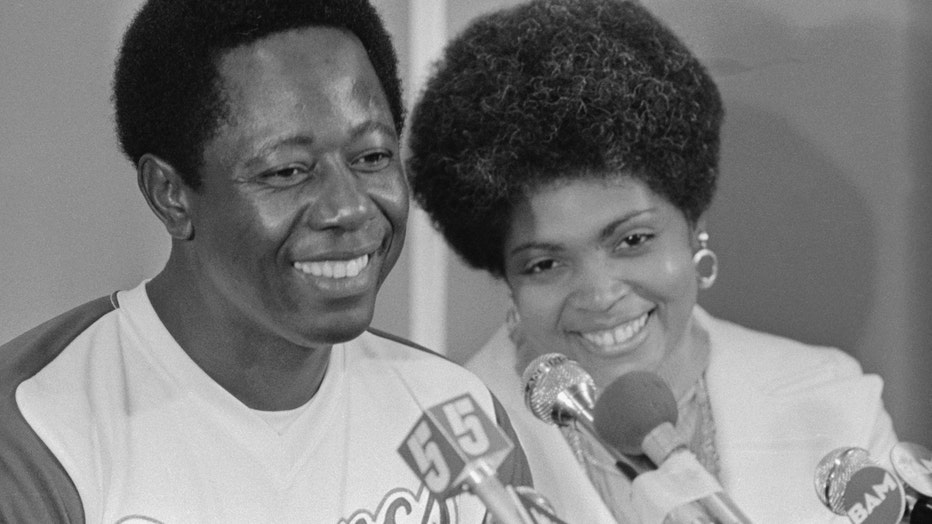 The great chase is over for Hank Aaron. "The Hammer" and his wife, Billie, smile during a news conference after the Atlanta Braves slugger hit his 715th home run. Aaron's pursuit of Babe Ruth's record took 20 years and nearly 3,000 major league baseb ((Getty Images)) 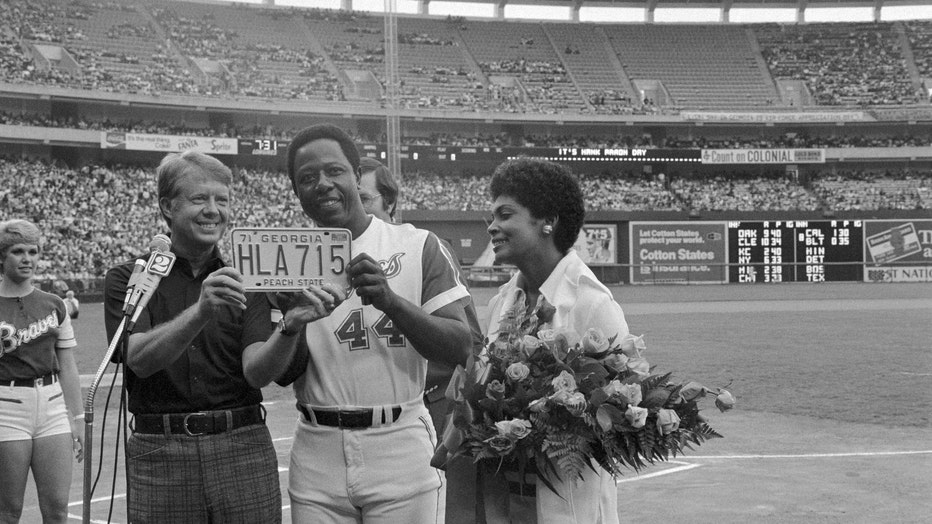