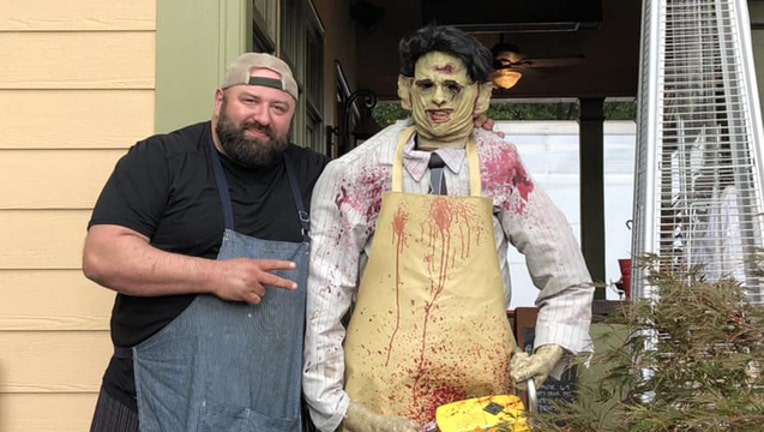 ALPHARETTA, Ga. - An expensive Halloween decoration has returned to its rightful place after being stolen.

Police say the Flatlands Bourbon and Bayou restaurant on North Main Street has included a 6-foot-tall replica of "Leatherface" from the series "The Texas Chainsaw Massacre" on its front porch, but on Saturday night around 11, it was stolen.

Video footage shows a suspect driving up to the restaurant, grabbing the chainsaw-wielding killer, and running off.

Thanks to an anonymous tip, Alpharetta police say they recovered the creepy statue.

The owners of the restaurant have decided not to pursue criminal charges, saying that they hope a lesson was learned.

"Our community will not tolerate thieves and will band together to keep our great city safe," the Alpharetta Department of Public Safety said. "The person responsible should consider himself very lucky."