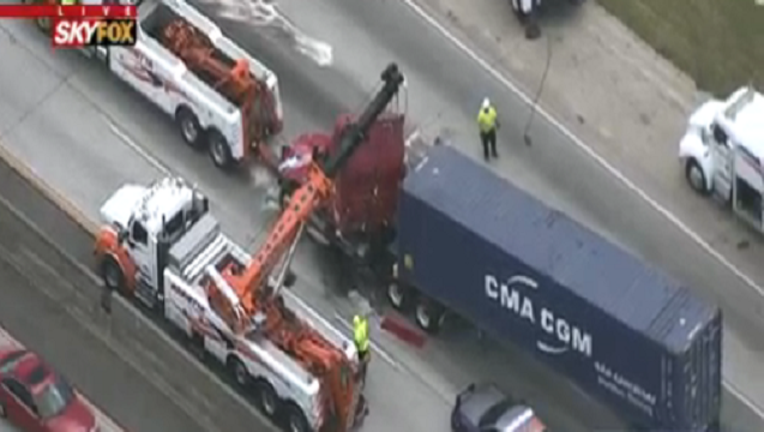 COBB COUNTY, Ga. (FOX 5 Atlanta) - The Northbound lanes on I-285 at Paces Ferry in Cobb County are shut down following a traffic accident involving a tractor trailer early Friday afternoon.

SKY FOX 5 flew over the scene where traffic could be seen delayed for miles.

The crash involved four vehicles, three tractor trailers and one Toyota Corolla, according to Georgia DOT.

One of the tractor trailer drivers was able to escape after being trapped for some time, while another driver was taken to the hospital with minor injuries.

First responders are on scene working to clear the scene.

Drivers are asked to avoid the area and use an alternative route if possible.

No word on when lanes will reopen.