OAKLAND, Calif. - More than 30 years after his death, the city of Oakland has its first permanent public art piece honoring Huey Percy Newton, the co-founder of the Black Panther Party. 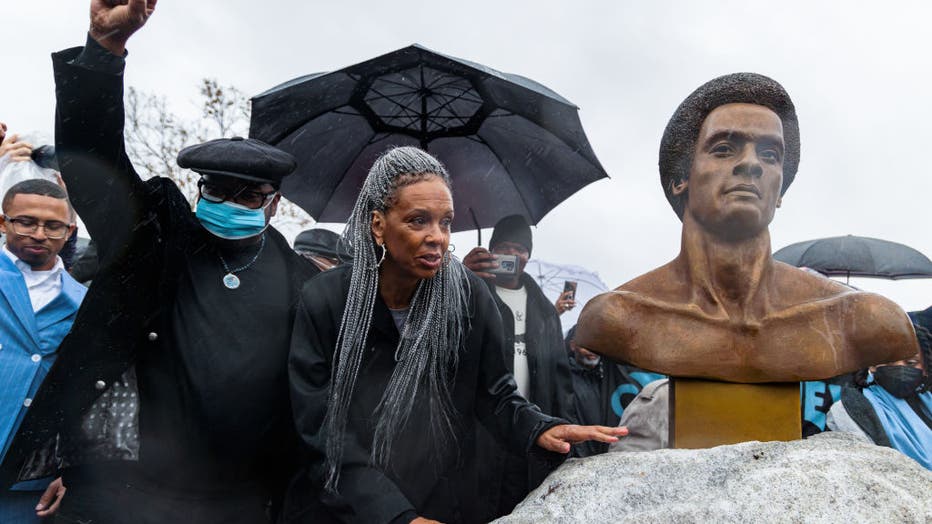 On Sunday, a bronze bust was unveiled at Mandela Parkway and Huey P. Newton Way in West Oakland, not far from where the icon and activist was killed at the age of 47.

Newton’s widow, Fredrika Newton, was among community leaders, Panther alumni, friends and family who gathered for the unveiling of the sculpture, which also celebrated the 55th anniversary of the revolutionary political group widely considered the country’s most influential militant Black power organization. 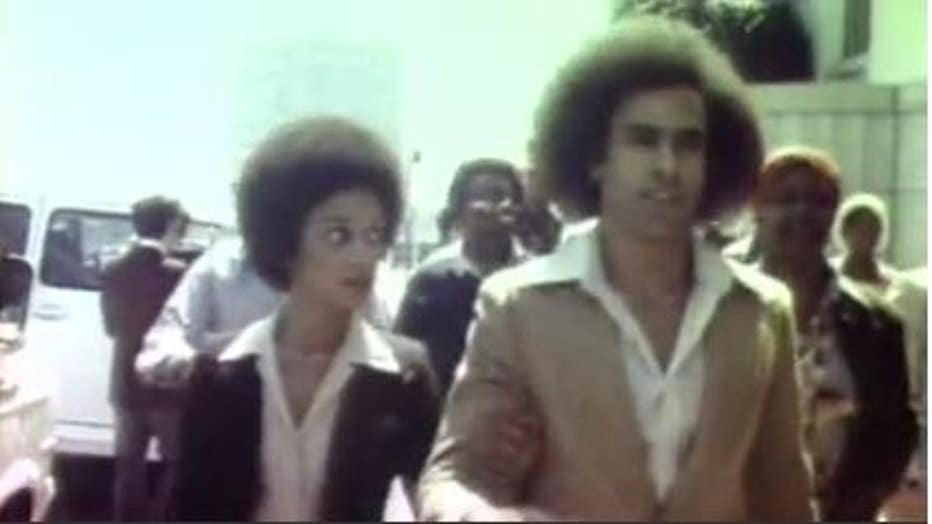 The Oakland-based Dr. Huey P. Newton Foundation, co-founded by Newton's widow, said on its website that the memorial marked "the first time in our nation's history that a Black Panther has ever been commemorated by a permanent statue."

Newton attended Merritt College in Oakland where he met Panther co-founder Bobby Seale. The two went on to establish what they initially called the Black Panther Party for Self Defense in October 1966, as Newton took the role of the minister for defense and Seale, the party’s chairman.

The group also worked to combat police brutality which Newton and Seale both witnessed and experienced. Among the party's ideologies, was a belief in armed self-defense, particularly in the face of police brutality, as they took on a role of "policing the police." 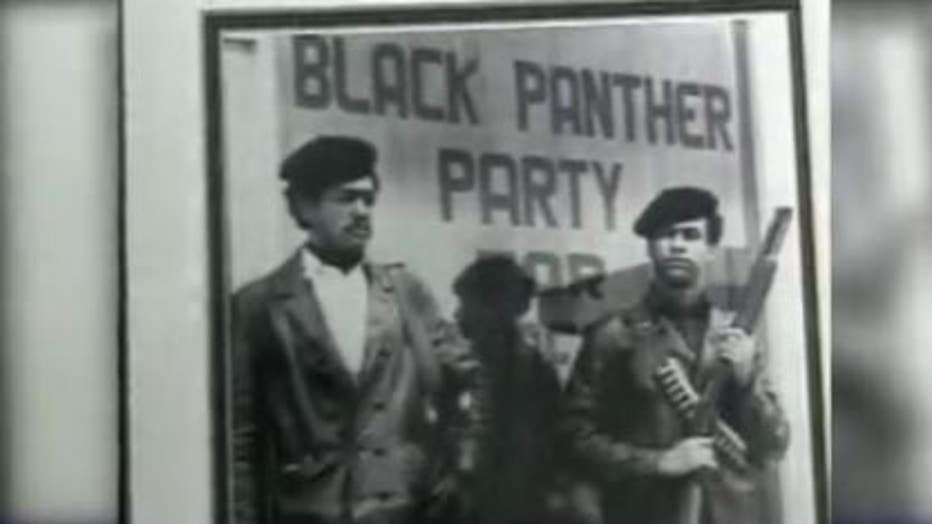 Archive image of members of the Oakland-founded Black Panthers Party.

Many credit the legacy of the Black Panther Party for its heavy influence on today's Black Lives Matter movement.

Newton is still considered a divisive figure and the party he founded has been both celebrated, while its antagonistic relationship with law enforcement has long cast a shadow over its legacy.

In 1967, Newton was jailed for the shooting death of an Oakland police officer who had pulled him over. The Panther leader himself was shot during the encounter, and he denied being responsible for the officer’s death. He was tried and convicted of voluntary manslaughter in 1968.

His imprisonment sparked the "Free Huey" campaign, which helped make him a symbol of racial injustice in the American criminal legal system. In 1970, his conviction was ultimately overturned.

The Black Panther Party folded in 1982, following years of police surveillance, as well as dwindling national membership, infighting, allegations of embezzlement and scandals in which Newton was implicated and criminally charged.

Newton struggled with alcohol and drugs addictions. And on Aug. 22, 1989, he was fatally shot in West Oakland by a drug dealer.

In an interview with the Associated Press, Fredrika Newton said that the sculpture of her late husband was meant to celebrate his life and contributions to American history, without dismissing all that made him human.

"I would like for people to see him as a total human being," said Newton, "That he wasn’t just an iconic figure in a wicker chair. This was a man with vulnerabilities, with feelings, with insecurities, with frailties, just like anybody."