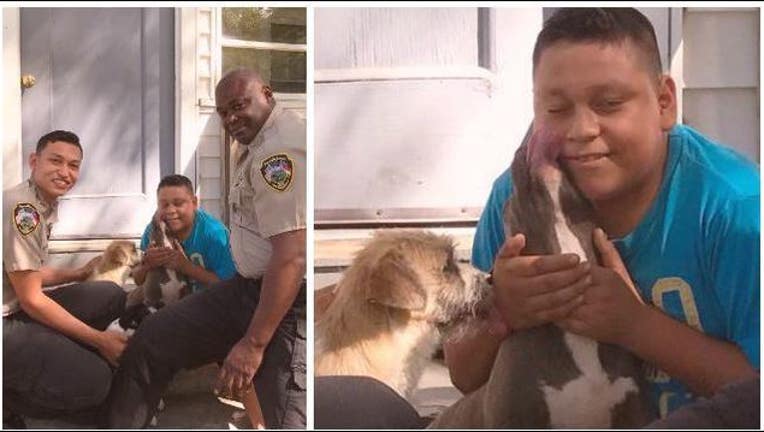 HAPEVILLE, Ga. - A 12-year-old Hapeville boy is being praised by police for saving three puppies from harm's way.

Jesani spotted three puppies that had escaped from their yard running in the street. The boy managed to catch all three dogs and safely brought them to his yard.

Sheryl McCollum with Hapeville Police told FOX 5 Jesani's mother notified code enforcement officers about the dogs. While they waited for police to arrive, the boy cared for the pups by feeding them and giving them water.

McCollum said as the officers loaded the dogs into their vehicle, Jesani continued to give them water.

"Because of the boy's assistance, code enforcement officers were able to locate the owner and return the dogs," McCollum said.

Hapeville police shared a photo on Facebook of Jesani, the officers, and the three dogs, calling the 12-year-old a hero.