HOLLYWOOD, Fla. - A man long suspected in the disappearance of a woman whose toddler was found wandering alone in the parking lot of a South Florida apartment complex now faces a second-degree murder charge, police said.

Shannon Ryan, 40, also is charged with tampering with evidence in the case of Leila Cavett, a 21-year-old woman who had been working in Atlanta and disappeared during a trip to South Florida last July, Hollywood police said in a news release.

Ryan, a self-proclaimed "witch doctor," told officers he saw Cavett and her son get into a car with a group of men, but surveillance video at a gas station in Hollywood showed where Cavett was last seen: in the passenger seat of Ryan’s gold Lexus on July 25, police said.

The next morning, a woman spotted the toddler wandering alone at the apartment complex in nearby Miramar, and called authorities. 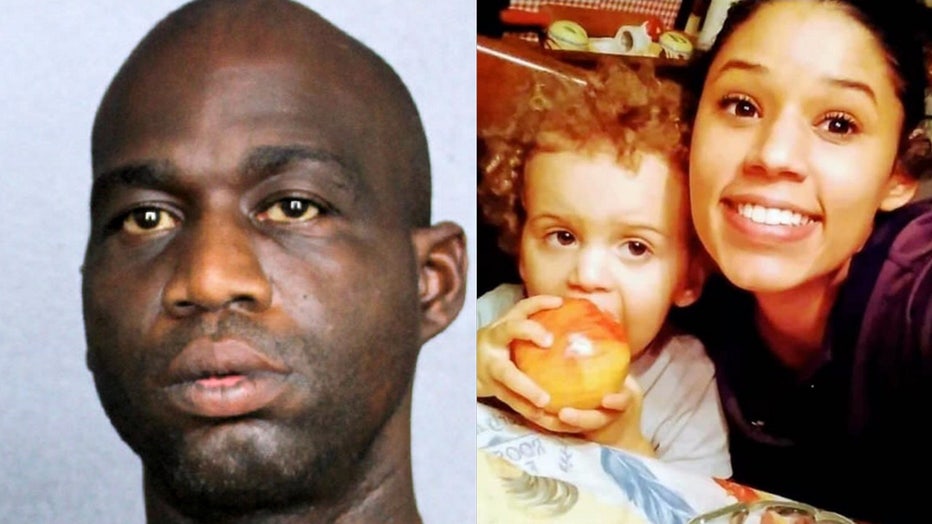 Also that morning, Ryan bought carpet deodorant, trash bags and duct tape from a Walmart store. Video surveillance at the gas station also showed Ryan returning there with a bottle of bleach and going back and forth between Cavett's white pickup truck and a dumpster. Women's clothing and toys were later found in the trash bin. Despite a multi-state search, including a Broward County landfill, Cavett’s body has not been found.

Cavett’s family in Jasper, Alabama, sought custody of the boy after seeing his image on social media and contacting police.

Ryan was arrested in early August on charges that include child neglect, kidnapping and lying to authorities. He remains in the Broward County Jail, but records don't indicate whether he has a lawyer.