ATLANTA - Atlanta police are investigating a deadly crash along the Buford Spring Connector near the Piemond Road exit.

An accident on Atlanta's Buford-Spring Connector has killed the driver of one of the car's involved.

Police tell FOX 5 the crash happened around midnight when a driver tried to exit the Connector and clipped another vehicle.

The impact caused the driver to lose control.

The black vehicle veered down the embankment and hit a tree, killing the driver.

The people in the other car were not hurt. 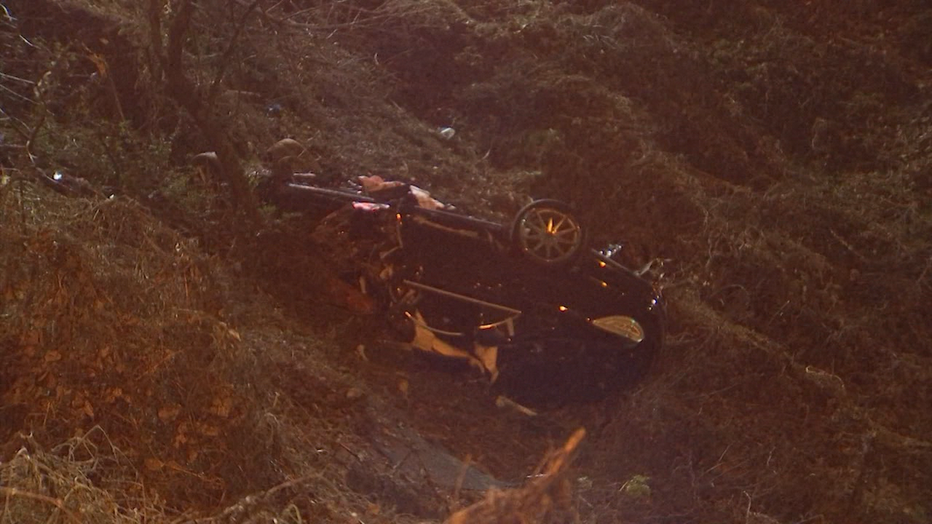 Police say a driver clipped another vehicle when they were trying to exit the Connector.

Officials have not released the identity of the deceased driver.