COMPTON, Calif. - A football team in Compton is on its way to making history but they need your help. The team that serves kids ages six and younger is undefeated in their division here in California. This scored them an invite to play in Florida.

These boys are only in kindergarten and first grade — very young — but old enough to know what makes them happy.

"We worked hard and I not got scored on this whole year,” said defensive end Carlos Taylor.

"They train every day. They train like its intense training. It's training that you don't see from 6-year-olds. Its kids that just met each other this year where they can have a long brotherhood and a future," said Coach Mike Clark.

Hub City football team players in Compton bring passion, joy and grit when they take the field for a game.

They’re undefeated and have won the super bowl for their division two years in a row.

They’ve been invited to play at the National Youth Championship in Florida next month so they spent Sunday afternoon raising money for travel, boarding, food and other costs for 20 boys wanting to take the trip. 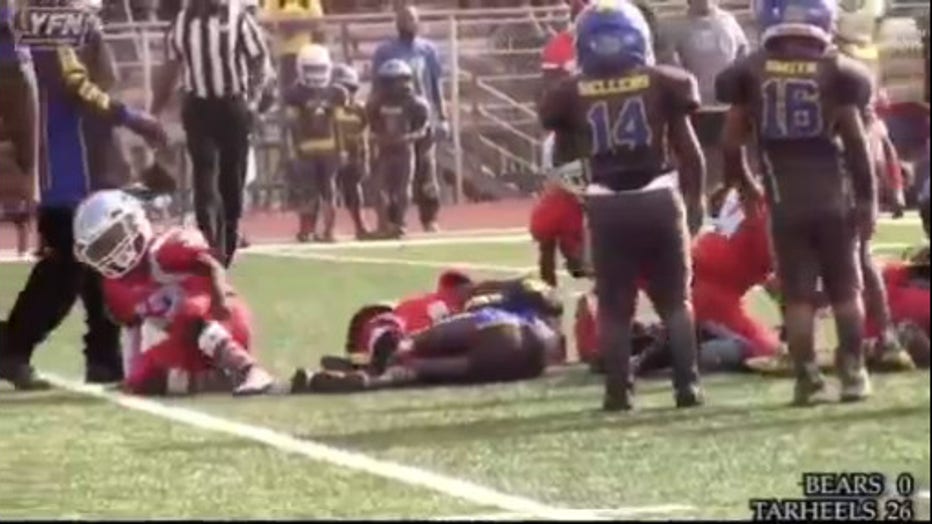 "We could so we can get money because what if the other parents don't have the money. Then all the parents could have money so we can go to Florida," said outside linebacker Julius Bailey.

"It's the chance of a lifetime. Many of them have never been on a plane, nevertheless traveled across the country. And so exposing at such a young age travel and other states and that kind of national platform creates dreams for them as they get older to aspire to d big things and that it's possible," mentioned parent Phenice Hurtado.

The players have kept their grades up a 3.1 minimum GPA which is a requirement to play.

They've raised all they can for today… now they're asking for the community to chip in.

"They worked really hard this season. Their long hours of practicing, the parents have also done their part showing up every day, our coaches don't get paid to coach. So they've donated their time and their skills and they've really prepared these kids to perform on that level and I think that it would be devastating to not be able to take them because of money," added Hurtado.

The team has put up a GoFundMe page called "Hub City 6u Road to Florida" with a donation goal of $15,000.