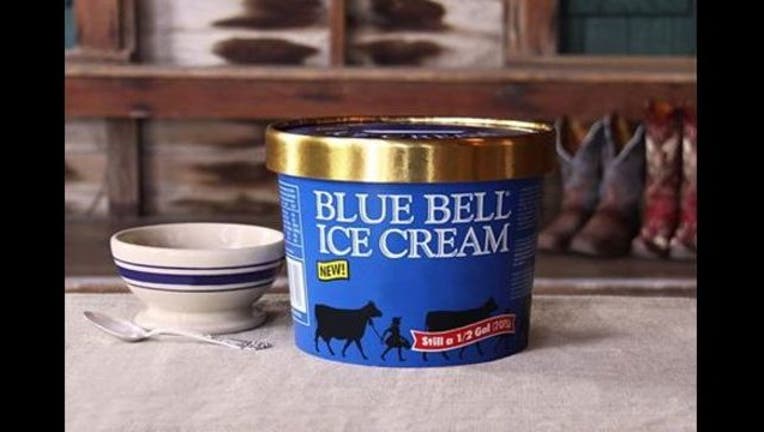 HOUSTON (FOX 26) - Blue Bell Creameries has launched a new flavor in hopes that you will be dancing to your nearest store to buy some pints and half -gallons. The Cookie Two Step, which will be available in stores on July 15, contains vanilla ice cream with brown sugar, chunks of chocolate crème-filled cookies and chocolate chip cookie dough pieces.

The Texas-based creamery announced the pending flavor in advance on Facebook on Thursday with a hint that the flavor would "have your taste buds two-steppin.'" To give Blue Bell Ice Cream lovers a hint as to what the new flavor could be, the post simply stated that it would be a combination of two of the creamery's best-selling flavors.

“What better way to celebrate National Ice Cream Month than with the release of a brand new ice cream flavor,” said Ricky Dickson, vice president of sales and marketing for Blue Bell Creameries in a statement on the company's website. “Cookie Two Step combines ingredients from two of our top-selling flavors, making it a perfect combination that you have to try.”

Get your bowls ready!

“Our fans will be pleased to hear that we have several more flavors to release this year,” said Dickson. “Most will be returning favorites and we plan to have another new one soon. All I can say at this point is stay tuned! You won’t be disappointed.”