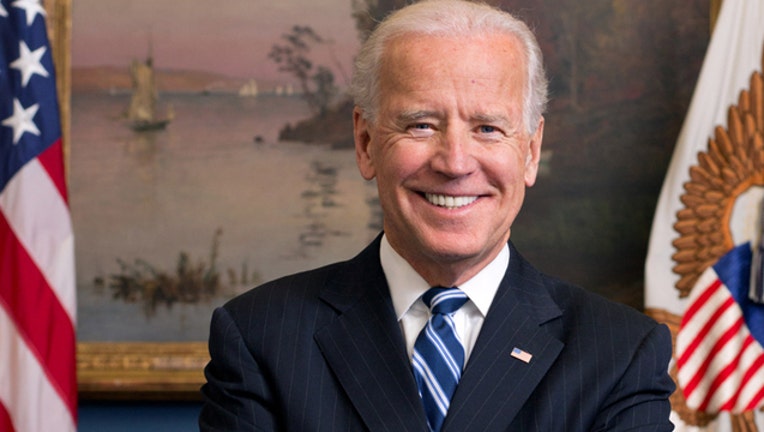 "I plan on campaigning in the South. I plan on -- if I'm your nominee -- winning Georgia, North Carolina, South Carolina, believe it or not,” Biden vowed Monday, as he spoke at a gathering in the nation’s capital of the Poor People’s Campaign's Moral Action Congress.

No Democrat has carried South Carolina in a presidential election since Jimmy Carter more than four decades ago. Biden, who has developed deep ties over the years in the state where he often vacations, enjoys a large lead over his primary rivals in the state’s crucial first-in-the-South presidential primary.

But capturing the conservative state in a general election would be a high hurdle. Republicans have won the state in every presidential election dating back to 1968, except for Carter’s victory in 1976.

No Democrat has won Georgia since Bill Clinton in 1992. And other than Barack Obama’s victory in 2008, North Carolina has been solidly in the GOP column in each presidential election dating back to 1968.

Biden, the clear front-runner right now in the race for the Democratic nomination, also has his eyes on two more states President Trump carried in 2016.

“I believe we can win Texas and Florida, if you look at the polling data now,” he said.

While Florida is a crucial battleground state – Obama captured it in 2008 and 2012 but Trump won the state’s 29 electoral votes in 2016 – Texas is solidly red. Carter’s 1976 victory was the last time a Democratic nominee won Texas.

But a Quinnipiac University Poll conducted in late May and earlier this month indicated Biden with a slight 48-44 percent edge over Trump in a hypothetical 2020 general election match-up.

And a new public opinion survey by the University of Texas and the Texas Tribune suggested that voters were split on whether they’d support Trump for re-election.

Biden made his comments after he was asked if he would spend significant time campaigning in the South and winning support from poor white, black and Latino voters.

The Poor People’s Campaign is steered the Rev. William Barber II, the black religious leader in the nation’s capital. His gatherings have become a must-stop for the 2020 White House hopefuls.

In his opening remarks, Biden took aim at the president, saying Trump’s created a climate where different classes and races are looking for scapegoats to blame for their own struggles.

The former vice president called that brand of divisive politics "a bunch of malarkey."

But Biden warned that “the exploitation is more extreme than it's ever been because [of] the gigantic income inequality that exists here in America. It’s greater than at any time since the turn of the last century.”

Biden also made a pitch for universal access to Medicaid.

He proposed that "every single person in the United States has access to Medicaid right off the bat."