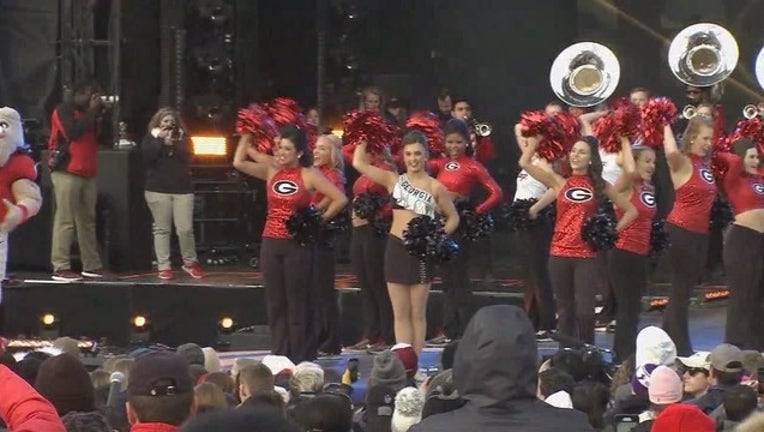 ATLANTA - Fans have been flocking to Atlanta all weekend to show their support and celebrate Georgia and Alabama being in the CFP National Championship.

Over the weekend, the fans have had the opportunity to go to the Playoff Fan Central at the Georgia World Congress Center, which offers exhibits, pep rallies, bands and more. They also could catch a live performance at the AT&T Playoff Playlist Live! at Centennial Olympic Park. Or just hang out at the Championship Tailgate Plaza.

Fans have also been sharing their photos with FOX 5 Atlanta using the hashtag #GoDawgsFOX5. Those photos may even be used on our air!