ATLANTA - Former Falcons kicker Morten Andersen remembers how he felt heading to Atlanta for the first time, after being let go by the New Orleans Saints.

"My mentality was that I was being reborn in a way," said Andersen.

Now heading into the Atlanta Sports Hall of Fame, Andersen reflects on the second career chance he received after being, in his words, "unceremoniously let go" by the Saints.

"I wasn't going to say much, I was just going to do much," said Andersen. "Let my left foot do all the talking."

Andersen played for the Falcons from 1995 through 2000. In January of 1999 came one of the defining moments of his career: a field goal that sent Atlanta to the Super Bowl. He still displays the ball from that moment in the basement of his metro-Atlanta home. 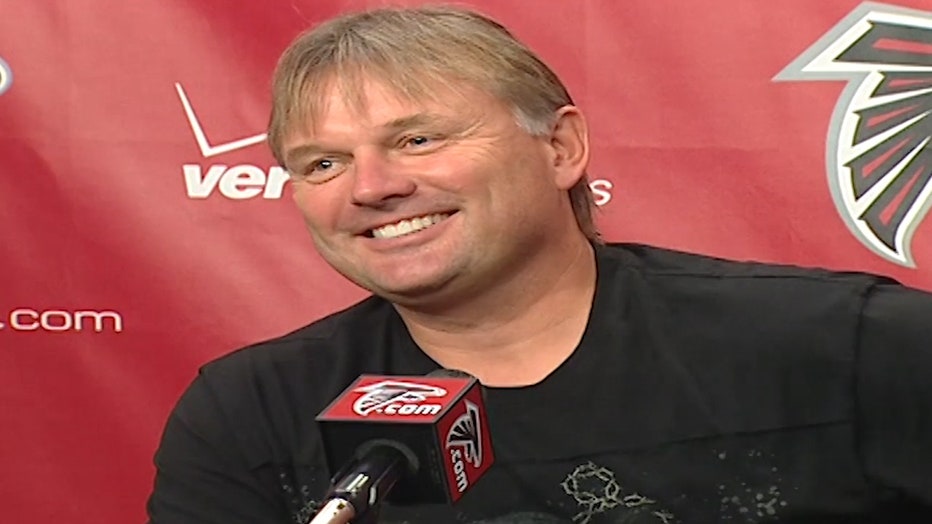 "So many good things happened in that game that allowed me to put foot to ball to put us in the Super Bowl," said Andersen. "That was, for me, the biggest moment."

Andersen left the Falcons after the 2000 season, and went on to kick for the Giants, Chiefs and Vikings. He was out of the game in 2005, but not done playing football.

"For 20 months, I was unemployed, kicking in a public park here in Suwanee," said Andersen. "The phone didn't ring."

Eventually, however, he did get a call: it was the Falcons, wanting to bring him back in for a tryout. Andersen, then 46-years-old, beat out much younger kickers to earn the job. He played the next two seasons with Atlanta, allowing him to break the NFL's scoring record.

"I did win that mano a mano battle, I did break the NFL record a couple months later, I was able to put my hands over my head and say, 'hey, well done,'" said Andersen.

Andersen went into the Pro Football Hall of Fame in 2017, and is proud to join the Atlanta Sports Hall of Fame this year.