ATLANTA - As he gets ready to go into the Atlanta Sports Hall of Fame, Gary Stokan is grateful he turned his passion into a career.

Through his work, Stokan has done his part to make Atlanta into the college football capital of the world.

"I didn't know there was 'sports business' when I was young," said Stokan. "I was addicted to sports."

Stokan played basketball in college and has worked all over the sports landscape since: in coaching, working for apparel companies and even owning his own sports marketing companies.

Stokan has done a lot in the Atlanta sports scene, including work with the Atlanta Tip-Off Club and efforts to bring the College Football Hall of Fame to the city. Since 1998, he has the role he is best known for: serving as president and CEO of Peach Bowl, Inc.

"Been a blessing," said Stokan. "Sports has been great for me, and I think sports in Atlanta, maybe other than the civil rights movement, has been probably the thing that's led Atlanta to the leadership position it has in the world."

Through his work for the bowl, Stokan has done his part to make Atlanta into the college football capital of the world. It did not, however, always come easy.

That led Stokan and the bowl to start their annual kickoff games, leading the entire sport to schedule more competitive, out-of-conference matchups to start seasons. The Chick-fil-A Peach Bowl is now part of the "New Year's Six," meaning it is in the rotation to host College Football Playoff games. 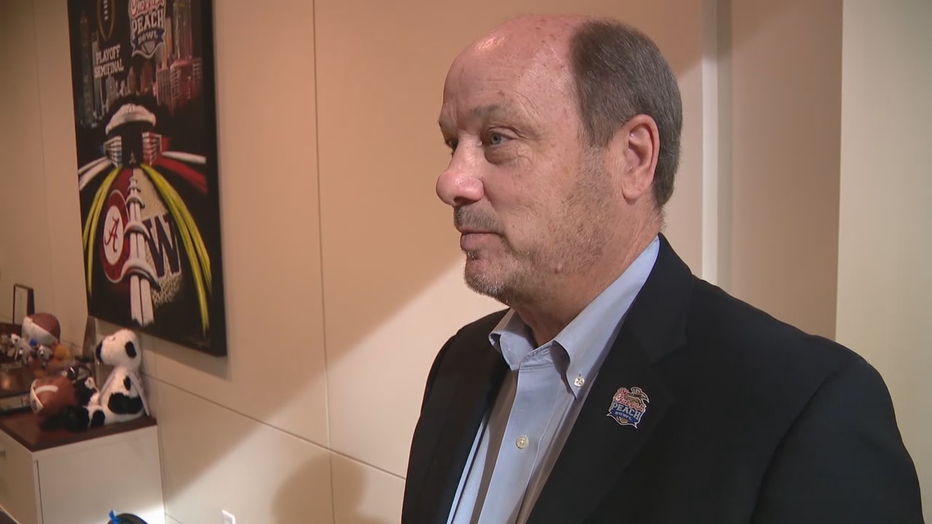 What Stokan is most proud of, however, is the way the bowl continues to give back.

"We've given $53.8 million in charity since 2002," said Stokan. "I think that frame of reference of giving back is the main thread that exists through all our staff, through all our volunteers, and ultimately provides us great success."

Stokan is not done yet: he has several ideas to continue to improve what the Peach Bowl does within Atlanta, and is excited to join the Atlanta Sports Hall of Fame.