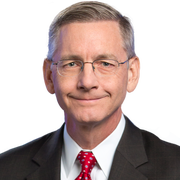 Randy Travis is a Peabody Award-winning investigative reporter for FOX 5 Atlanta. Randy joined WAGA in 1990. In 1994 he moved to the station's distinguished investigative unit, the FOX 5 I-Team. Since then, his stories have led to businesses closing that misled the public, exposed government waste and corruption and even sparked criminal investigations that ultimately sent people to prison.

His biggest accomplishment, however, was to keep the innocent from being jailed in the first place. A series of stories in 2018 about police roadside drug test kits revealed how people wound up wrongly jailed because the tests falsely determined they had drugs in their car. His investigation discovered 145 false positives in Georgia in just one year. That project, "$2 Tests: Bad Arrests," prompted law enforcement agencies worldwide to review their drug test kit policies, with some dropping the use of them completely. That investigation also won the prestigious 2018 Peabody Award, one of only 30 honorees from around the world.

Over the years, Randy’s investigative work has also garnered two national Edward R. Murrow awards, plus more than 20 regional Emmy awards. He's also the recipient of the Henry W. Grady Mid-Career Alumni Award from the University of Georgia. In 2015, Randy was named to the Silver Circle, a lifetime achievement honor given by the Southeast Chapter of the National Academy of Television Arts & Sciences.

Before joining FOX 5, Randy reported for WMC-TV in Memphis, TN; WYFF-TV in Greenville, SC and WMAZ-TV in Macon. His first professional job in journalism came in 1979 as a sports writer for his hometown newspaper, the Athens Banner-Herald. Randy also worked full-time as sports editor for the Athens Observer in 1982 while completing his journalism degree at the University of Georgia.

At 29, Randy was diagnosed with Type 1 Diabetes. To control his disease, he turned to running. Since then, he has become an avid marathoner and has competed in every Peachtree Road Race since 1993. Randy is also a lifelong Braves fan, a choice that somehow has had no negative effect on his happy marriage. 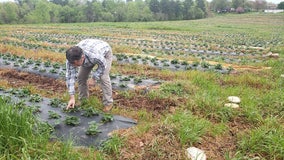 Georgia farmers worry the COVID-19 pandemic could leave them in the worst spot imaginable: bumper crops… but not enough migrant workers to help bring in those fruits and vegetables. 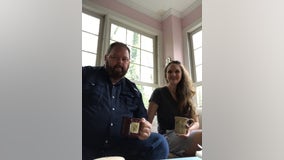 It’s likely no one appreciates the turn of the monthly calendar more than Rome resident Clay Bentley. 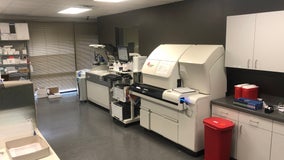 The national shortage of coronavirus testing kits – and the frustrating delay in sometimes getting those results -- has opened a window for private testing labs, including one in Norcross. 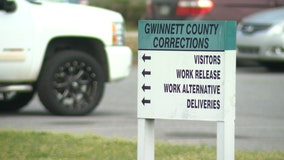 Gwinnett County has placed 46 work release inmates under quarantine after someone on their dorm tested positive for covid-19. That first positive case was discovered earlier this week. The resident was sent home and his entire dorm — L dorm — sealed off. 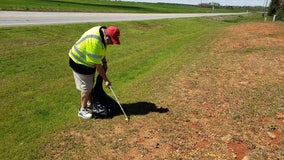 As more Georgia cities issue shelter-in-place orders for their residents, one man has come up with an idea he’s hoping will spread across the state.

Five days after closing for a deep cleaning, the Gwinnett Justice and Administration Center reopened for business Tuesday. At least for now. 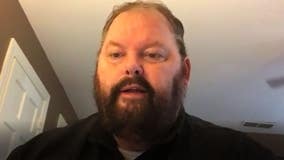 He was one of the first in Georgia to put a face on the COVID-19 pandemic. Now he says he feels "totally restored." 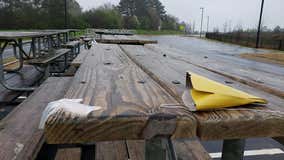 One of the largest park systems in Georgia is shutting down most of its features in an attempt to stop people from gathering in groups. 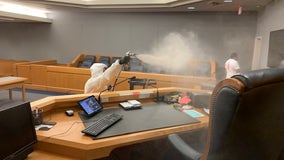 No matter who you are, you're going to get your temperature checked before you're allowed into the Gwinnett County jail. That goes for law enforcement, too. 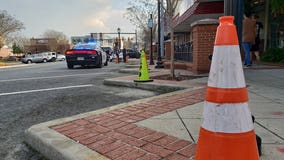 Lawrenceville has declared a state of emergency partly in an effort to help its fledgling restaurant industry.