Shattered glass and bullet holes fill the front of a southeast Atlanta apartment after a shootout. Those bullets narrowly hit the woman inside.

Brittani Lewis said she was sitting on her couch, talking to her friend when she heard gunshots outside of her apartment.

Shortly later, the bullets came flying through her window.

“I thought they were just outside but when I saw the smoke coming from my window, I immediately just took off to the back of my house," Lewis said.

Her friend, who is pregnant, ducked under the table.

Lewis said her mind immediately went to her 13-year-old son.

“All I could think about was my oldest son being outside," Lewis said.

Thankfully, he was not hurt. Her younger son was at a neighbor’s house and also unharmed. 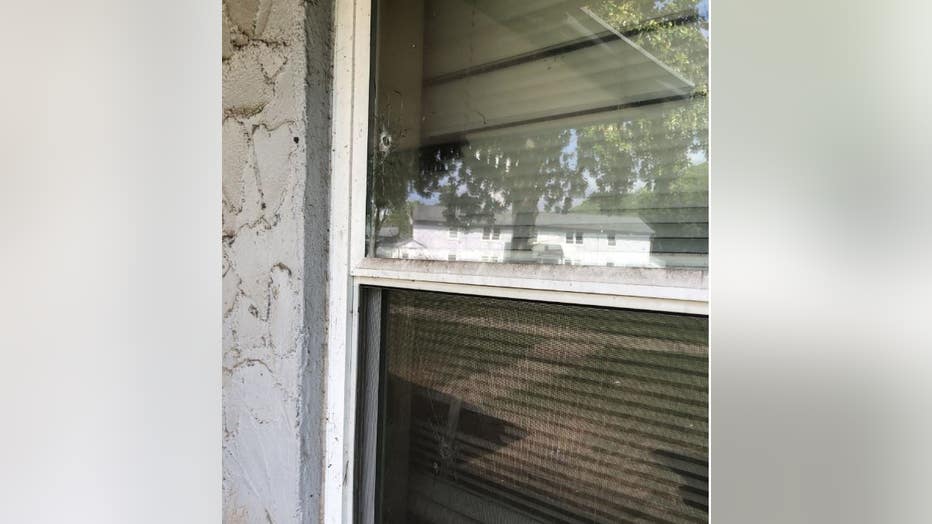 Lewis said two people were shooting at each other just outside of her door.

According to Atlanta police, a car was damaged by the bullets as well.

Unfortunately, Lewis is used to hearing gunshots outside of her home.

“You have to be careful because you don’t know when someone might come out here and start shooting. Our children are not safe here. We don’t have security. It’s just crazy," Lewis said.

She says she’s reached out to the management company and the Department of Housing and Urban Development but hasn’t had any luck.

“Who’s here to protect us? No one," Lewis said.

Lewis has lived at the Oakland City West End apartments for about two years and she said the violence has become worse.

She said things need to change for the sake of the children living in the community.

“They’re under a lot of bad influence because a lot of crime happens out here. Children go by the things that they see here. If we change, they’ll change. So, change within ourselves and the younger generation can change once we change," Lewis said.

Lewis said she wants to move out of the complex but is having a hard time because there are no available spots for other Section 8 housing.