A pop-up tent is upsetting residents in Vine City due to its nightly parties.

ATLANTA - Residents in the Vine City neighborhood of Atlanta are demanding answers after another sleepless night over the weekend.

Neighbors in the area of Dome in the City said the massive tent turned into a club venue is blaring music way later than it’s supposed to, and it’s keeping them wide awake.

Jennifer Ade said most of her night was spent staring at her bedroom ceiling hoping it would eventually stop.

"It was impossible," Ade said. Living so close to downtown, she said she is used to the noise that comes with city living—but this was to a whole other level. "I have a white noise machine, I have earplugs, and my entire bed was vibrating, and my pillow. My dog was barking."

Ade, who has lived in the neighborhood for about a decade, said living so close to the stadiums, she is accustomed to the sounds of crowds that come with special events — but the noise that comes from Dome in the City is unbearable.

Both said it didn’t stop until just before 5 a.m., long after clubs are supposed to close under city rules. 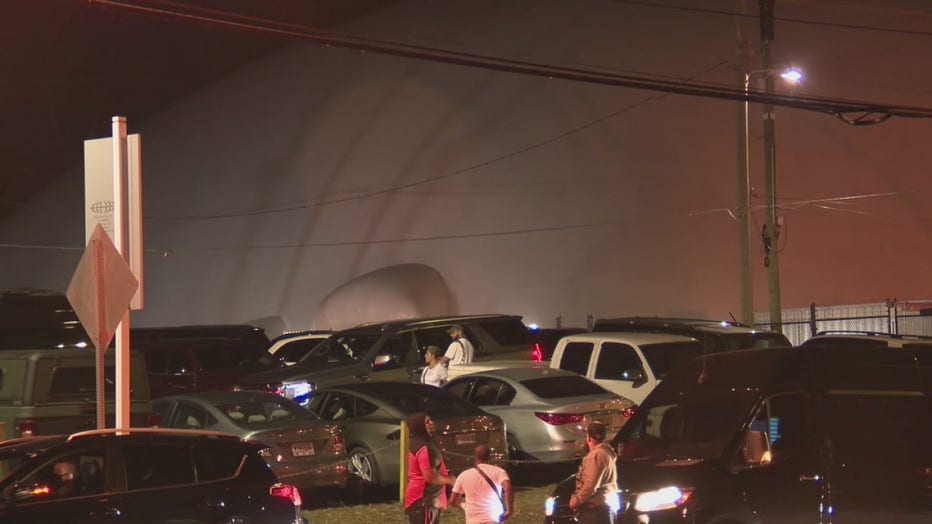 A security guard said that the managers were not available to comment.

Graham said on the community forum app Nextdoor, residents were complaining as far away as Castleberry Hill. That’s roughly a mile away from the venue.

The neighbors said they reached out to the owners themselves, but no one responded to their complaints.

Ade did say she got a message back though.

"I immediately got a text they requested that I go to their website to reserve a VIP table," she said, laughing. "Which of course, I was not interested in."

Graham said if the people who own the venue don’t do something to fix the noise, traffic, and parking issues, he wants them to pack it up and pitch that tent somewhere else.

"They need to do something in the facility that’s going to cut down, dramatically reduce the loudness and the thumping of the music. Because of the type of structure it is, a tent, I really don’t see what they could do to reduce that other than pack up and leave," he said. "If that’s what’s necessary then the community’s going to make sure that happens."