Investigators said Alamo police officer Dylan Harrison was murdered in what police described as an ambush killing by Damien Fergusen. Harrison encountered and arrested one of Fergusen's associates during a traffic stop.

ALAMO, Ga. - Police have arrested two women in connection to the deadly shooting of a Georgia police officer on his first day at the job.

Tuesday, officers arrested 45-year-old Charlotte Ferguson of Alamo, Georgia, and charged her with hindering the apprehension or punishment of a criminal.

According to investigators, Charlotte Ferguson is the sister of Damien Anthony Ferguson, who is accused of murdering Officer Dylan Harrison outside the Alamo Police Department Saturday morning.

On Friday afternoon, Harrison approached a driver in the parking lot of the Circle K convenience store across from the police department after he observed a traffic violation, authorities said. The driver refused to identify himself and the interaction escalated when the man pushed Harrison. Harrison used his Taser, arrested the man and took him to jail, authorities said. 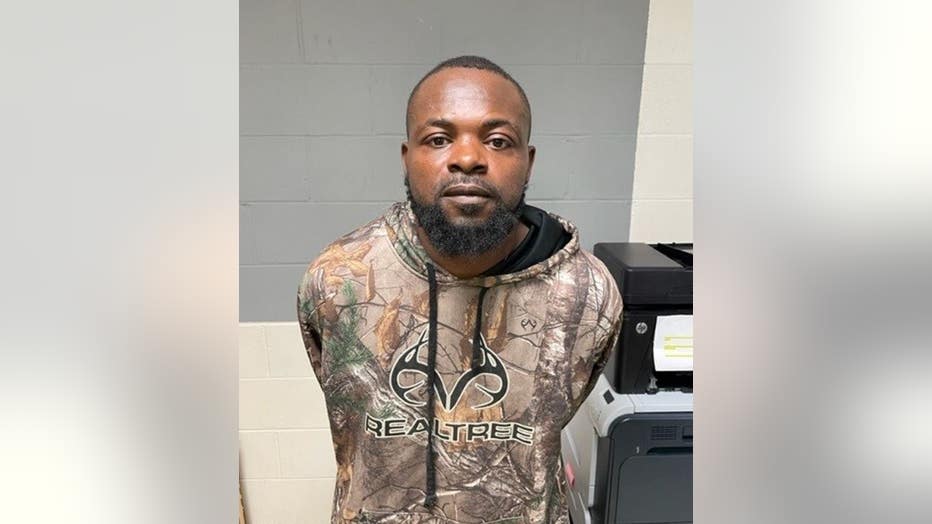 "It is believed that the ambush-style attack on Officer Harrison was retaliation for the incident and arrest of the man," the bureau said in a statement on Sunday evening. They did not identify the man.

Ferguson was taken into custody on Sunday afternoon at his home in Alamo, located in Wheeler County. A state SWAT team and a division of the U.S. Marshals Service arrested him without incident following a large manhunt. He has been charged with bias-motivated intimidation of first responders and murder.

The suspect is also charged with aggravated stalking related to a previous domestic incident and is being held in the Laurens County jail, authorities said. 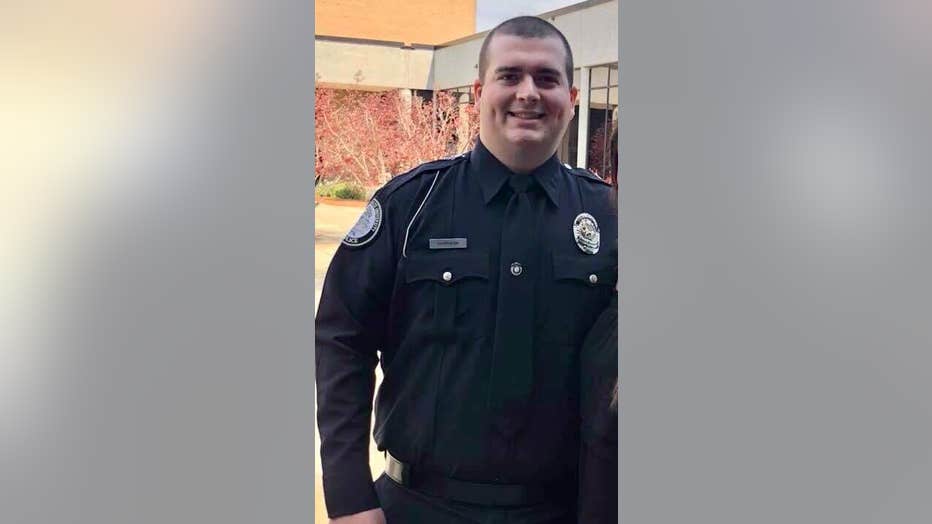 In addition to Officer Harrison being a part-time Alamo Police Department officer, he also was a full-time task force agent with the Oconee Drug Task Force in Eastman, according to the GBI. He has been in law enforcement since 2018.

Harrison was the first Alamo officer killed in the line of duty, according to the Officer Down Memorial Page that tracks law enforcement deaths. In January, Alamo Police Officer Arturo Villegas died from COVID-19 complications.

Harrison is survived by his wife and their 6-month-old son.