ATLANTA - The principal at Towers High School remains on administrative leave pending a DeKalb County School District investigation. Meanwhile, FOX 5 has learned this is not the first time she has faced such a review.

LaKeisha Griffith has served as principal since the 2018-2019 school year, but she previously worked as an office assistant for the Atlanta Police Department. 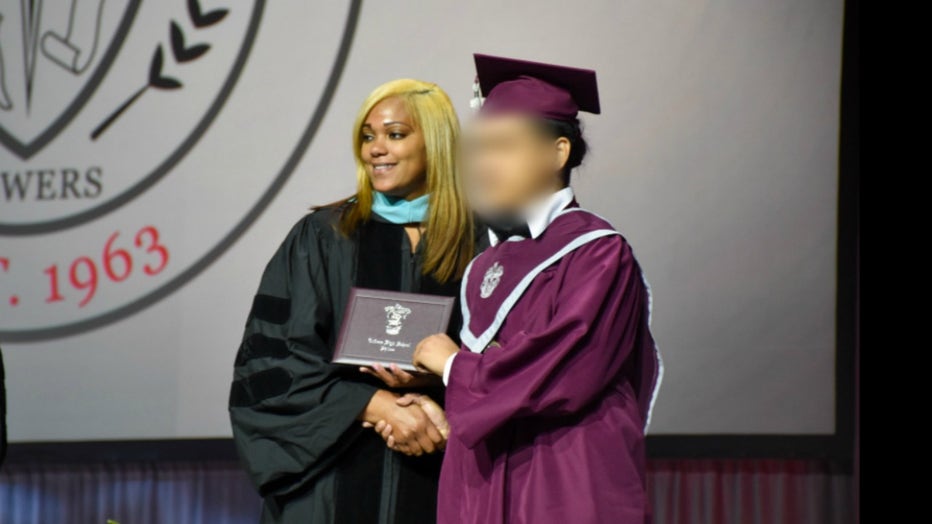 According to an APD Office of Professional Standards report, the department fired Griffith in July 2004 after investigators discovered she used the banking information of one of the department's officers to order more than $700 worth of tools from a Lowe's Home Improvement store in Chamblee, including a Dewalt circular saw and a drill.

"Griffith used the name of Tewanna Calhoun when she placed the order, but she used her real name and Georgia driver's license number when she picked up the items from the store," the report states.

DeKalb County Schools hired Griffith as a substitute teacher in September 2005. A spokesperson for the school system said the system conducts background checks on all new hires, but declined to comment any further.

"DeKalb County School District placed the employee in question on administrative leave with pay on Tuesday, September 17, 2019, pending the outcome of an investigation. Because this is legal and personnel matter still under investigation, we are not at liberty to discuss or provide further details," the school system said in a statement to FOX 5 last week.

School officials confirm that the principal of Towers High School is under investigation.