ATLANTA - The country is coming together to honor the life and legacy of civil rights leader Dr. Martin Luther King Jr. on Monday.

Despite the winter storm warning the day before, the annual MLK Day Commemorative Service will take place at Atlanta's Historic Ebenezer Baptist Church.

This year's theme for the holiday honoring the civil rights leader is "It Starts with Me: Shifting Priorities to Create the Beloved Community."

As in years past, the service will be broadcast live on FOX 5 and on FOX 5's website starting at 10 a.m. Monday. 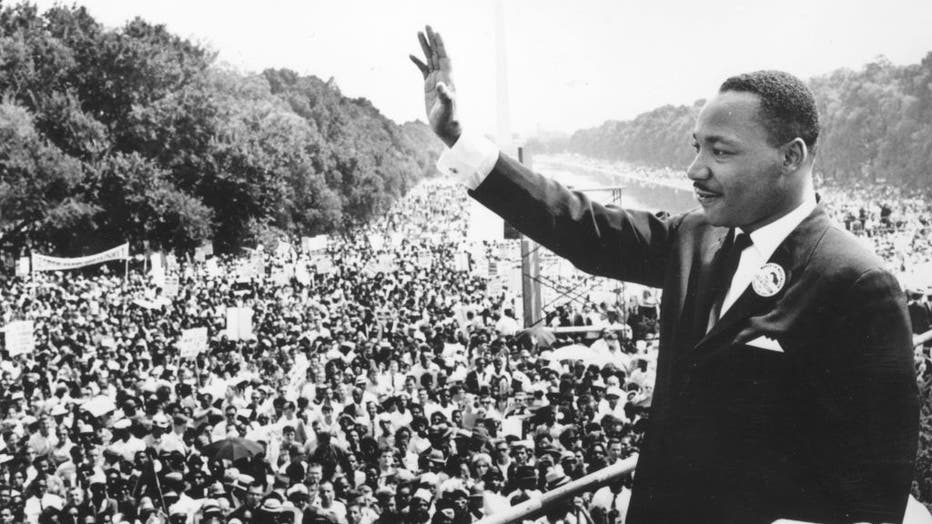 Martin Luther King addresses crowds during the March On Washington at the Lincoln Memorial, Washington DC, where he gave his 'I Have A Dream' speech. (Photo by Central Press/Getty Images)

Along with the service, the King Center is hosting multiple community service projects. You can find out more and how you can contribute here.

MLK Day is a day dedicated to service and honoring the life and legacy of Dr. Martin Luther King Jr. Dr. Bernice King, CEO of the King Center and the daughter of the late civil rights leader, joins Good Day to share information about this year's celebration and theme.