Confrontation with protesters at site of Rayshard Brooks shooting

A man is accused of threatening to kill African-American protesters at the Wendy's location.

ATLANTA - A Suwanee man is arrested for terroristic threats after three protestors say he threatened to shoot them outside the Wendy's where Rayshard Brooks was killed.

Rev. Siegfrieg White, 60,  said he was trying to move away from the agitator, Nicholas Tristin, who wore a business suit and appeared to have a gun in his holster. White says he kept hurling violent threats at him, and two other men.

All three protestors were standing outside the burned Wendy's on University Avenue Wednesday evening when a couple drove up in a black SUV.  A man in a suit jumped out and started asking the three men where were their guns.

Several witnesses captured the tense moments on their cellphones. 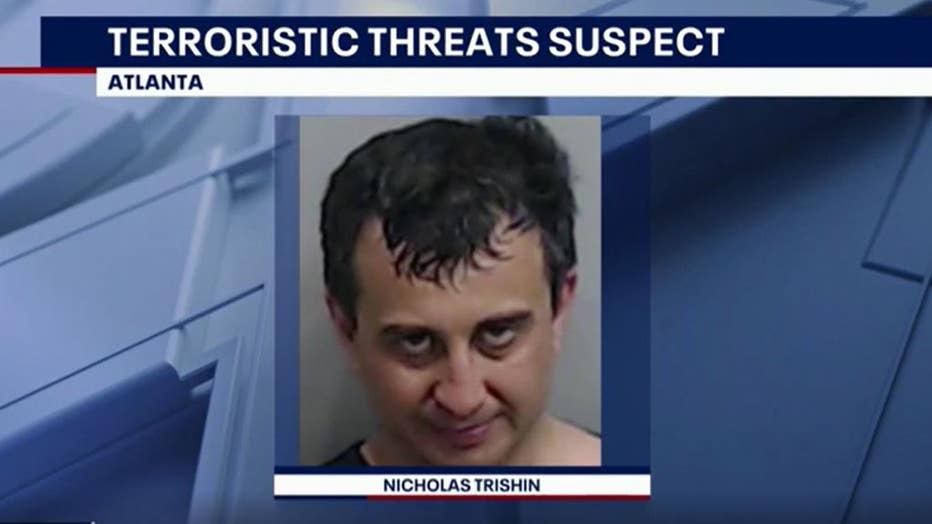 "This nationalist came there with the intent to murder African American people. Reporter: Why do you say that? He told us he was from Russia. He told Rev. White not to move and he told us that he would kill us," Rev. Ray Washington said with tears in his eyes.

The protestors claim Atlanta police, who have been on 24 hour watch at Wendy's since an 8-year-old girl was killed in the area, were slow to respond.

Atlanta police sent FOX 5 the following statement on the matter.

"When officers arrived on scene they were met by a number of people yelling to get the suspect out of the area because he had threatened them. When asked if they wanted a police report, those people indicated they did not. With that information, the officers initially directed the man to leave. Moments later, a witness came forward and began providing detailed information as to what had occurred. Upon hearing this information, officers immediately stopped the suspect’s vehicle from leaving the area and we ultimately arrested him, charging him with terroristic threats, possession of a firearm during the commission of a felony and obstruction. Officers had to use force to break out a window on the suspect’s vehicle to apprehend him after he refused to comply with their demands. After the arrest, officers recovered three firearms from inside the vehicle and secured them as evidence," the statement concludes.

A judge denied bond for Tristin, who remains in the Fulton county jail.