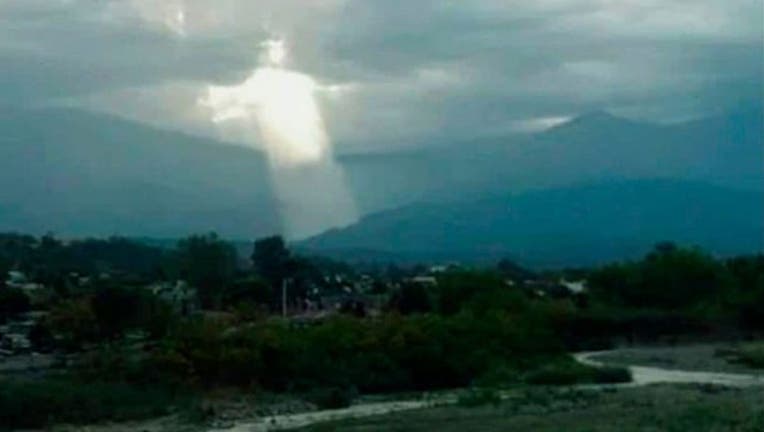 FOX NEWS - A photo reportedly taken of the sun shining through the clouds in Argentina went viral for appearing to be an image of Jesus Christ.

Mónica Aramayo, a resident of San Salvador de Jejuy, recently shared what she said is a perfectly-timed image she took on her camera phone to "bless" others online. The image went viral this week.

RELATED: Woman claims she could see ‘silhouette of Jesus’ in Notre Dame fire

"The Lord will soon come for us all and we should be ready," Mariela Romano commented on social media.

Users immediately compared it to the statue of Christ the Redeemer in Rio de Janeiro, located less than 3,000 miles away in Brazil.

Others point out the illuminated figure shows the Messiah wearing a crown and with outstretched arms, similar to other depictions of Christ.

Critics say there's nothing more to see other than the sun shining through the clouds. And some doubt the photo is real, claiming it was photoshopped.

This isn't the first time believers have claimed to see their Savior in unusual places.

In March, a similar image was captured by Alredo Lo Brutto of Agropoli, Italy during sunset and in April, Shae House, a Lynchburg, Va. woman, said she saw Jesus in the rocks on a walk in the woods.