The Board of Regents of the University System of Georgia says it will not rename the more than 75 buildings that are named for controversial figures in the state.

ATLANTA - Georgia’s public university system won’t rename any of the 75 buildings or colleges an internal committee had recommended for changes mostly because of their association with slavery, segregation or mistreatment of American Indians, officials voted Monday.

The system’s regents voted not to make any name changes, more than a year after they established a committee to study that issue.

"History can teach us important lessons, lessons that if understood and applied make Georgia and its people stronger," the regents said in a statement unanimously adopted by the board at a specially called meeting. 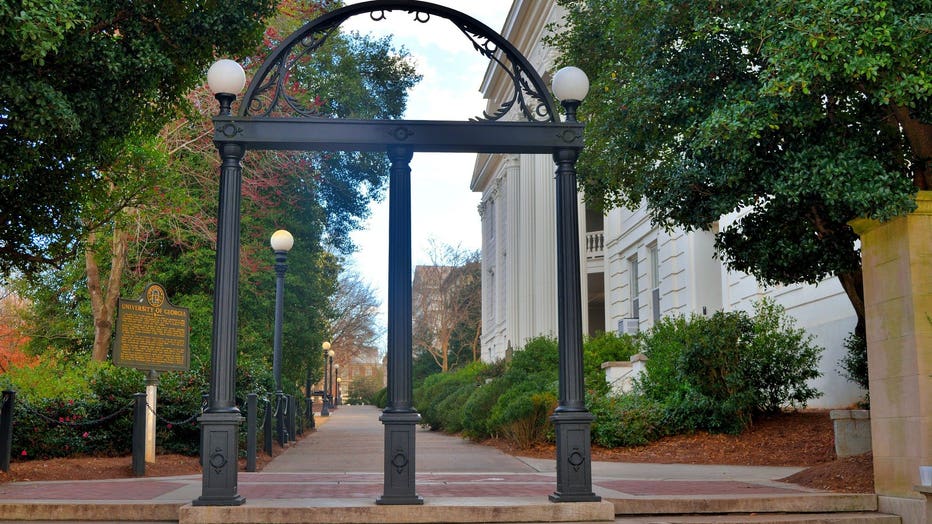 (Image by Paul Brennan from Pixabay )

The regents added that while the board would not pursue name changes involving the buildings and colleges as recommended by the advisory group’s report, it acknowledged there were many viewpoints on the matter.

"Going forward, the board is committed to naming actions that reflect the strength and energy of Georgia’s diversity," the statement said.

Georgia passed a law in 2019 prohibiting state and local agencies from renaming any buildings named after a "historical entity" or removing any historical monument.

Cannon to be removed from Decatur Square

DeKalb County has voted to remove a monument to the Creek Indian War of 1836 from Decatur Square.

Several regents released statements after the vote, but none directly explained why they supported making no changes. Many of the regents were appointed by Republican Gov. Brian Kemp, who supported the 2019 law.

Most prominently, the committee had recommended the system choose a new name for Gordon State College in Barnesville, named after John Brown Gordon.

A Confederate general in the Civil War, Gordon later served as governor and U.S. senator after Georgia rejoined the Union, becoming one of the most powerful politicians in a state Democratic Party devoted to white rule. Some historians have concluded he was the titular head of the post-Civil War Ku Klux Klan in Georgia.

"History can teach us important lessons, lessons that if understood and applied make Georgia and its people stronger"

The committee also had recommended renaming three academic units. Most prominently, the committee said the Grady College of Journalism and Mass Communications at the University of Georgia needed a name change, citing newspaper editor Henry W. Grady’s support of white supremacy even as he preached a "New South" creed of industrialization.

Also suggested for a change was the Langdale College of Business Administration at Valdosta State University. The committee said the fortune of Harley Langdale Jr. was based on camps where African American workers made turpentine from pine resin. They were largely held in place by debt, legal threats and violence.

The committee also recommended the renaming of the Stafford School of Business at Abraham Baldwin Agricultural College, saying Stafford was a leader in the fight to maintain segregation in Georgia in the 1950s.

Several students were unaware of Emory University's complex past. The university's president already announced plans to renamed one building.

"The decision by Georgia’s Board of Regents to keep the names of known racists, segregationists and white supremacists of the state’s public colleges and universities is not surprising. It demonstrates to us the board’s support of racism and the upholding of white supremacy," a group called Rename Grady said in a statement.

Of the buildings suggested for changes, 31 are at UGA, in part because of its size and age. Statewide, the panel recommended stripping the names of former Gov. Eugene Talmadge, former U.S. Sen Richard Russell and former U.S. Rep. Carl Vinson, along with other former governors and U.S. senators. The report notes Talmadge, Vinson and Russell were all outspoken defenders of desegregation in the 20th century. A U.S. Senate office building is named for Russell and an aircraft carrier is named for Vinson.

At least one building or college was included at 13 of the system’s 26 institutions, including a call to rename the Huntington Administration Building at the historically Black Fort Valley State University, citing railroad magnate Collis Huntington’s mistreatment of Chinese laborers.

The panel also recommended retaining the names of one college and 20 buildings while adding context about the actions of their namesakes. The panel said it reviewed 878 buildings and colleges named for individuals or groups of individuals, companies or landmarks.

Some local governments in Georgia have been removing monuments or renaming buildings that formerly honored Confederates, slaveholders or white supremacists, despite a state law designed to prohibit such changes.

Atlanta’s school board has renamed schools that formerly honored Grady, Confederate Gov. Joseph E. Brown and Confederate General Nathan Bedford Forrest. Confederate monuments were removed in DeKalb and Henry counties, while Athens-Clarke County relocated a monument, saying it needed to build a wider crosswalk in downtown Athens. The law allows relocations for construction if the new site is of equal prominence.