CLAYTON COUNTY, Ga. - A Clayton County man is thankful to first responders who saved his life during a dog attack.

Gary Cole was attacked by his own dog last February in the front yard of his house in Jonesboro.

He said his five-year-old Rhodesian Ridgeback and Bullmastiff mix turned on him.

"I gave him a bath and I took him for a walk," Cole said. "He just snapped and that is pretty much all I remember."

Cole's neighbor Schantel Mitchell said she remembers more. She heard his screams, called the police and ran outside her home with a bat.

"I said a quick prayer and jumped in there and started swinging," Mitchell recounted.

Mitchell had nearly 40 bites and bruises all over her body. And Cole had to have his right arm amputated following the incident. He also said the dog chewed on his left hand "like a toy," leaving it mangled. 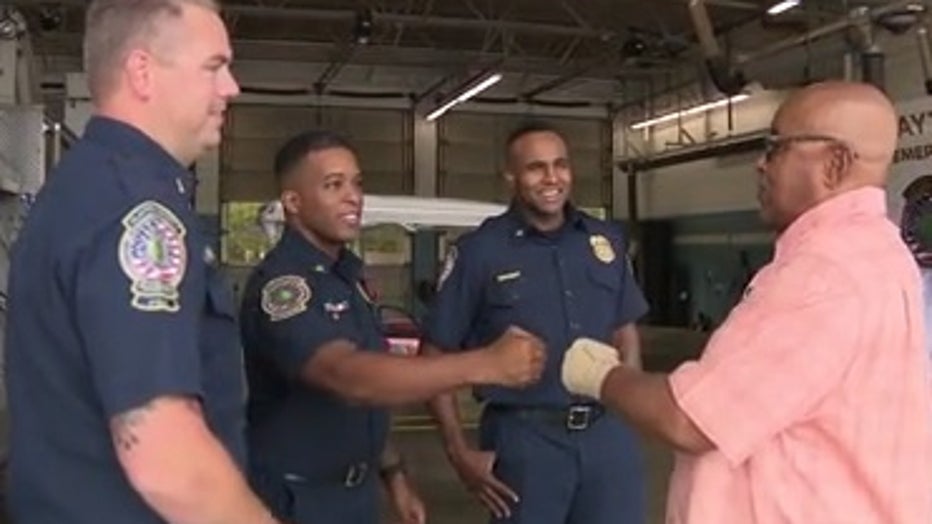 Cole met his rescuers earlier this month and thanked them for the first time. FOX 5 was there.

"From the very depths of my soul thank you," Cole cried. "Had it not been for you...I probably wouldn't be here today."

The first responders were honored by the Clayton County Fire Department for their heroic rescue.

"It makes you feel good about yourself when you see the victim come back and he has a better quality of life. He is very thankful," Sgt. Kelley said.

FOX 5 will highlight another first responder rescue story Monday on News Edge at 11.