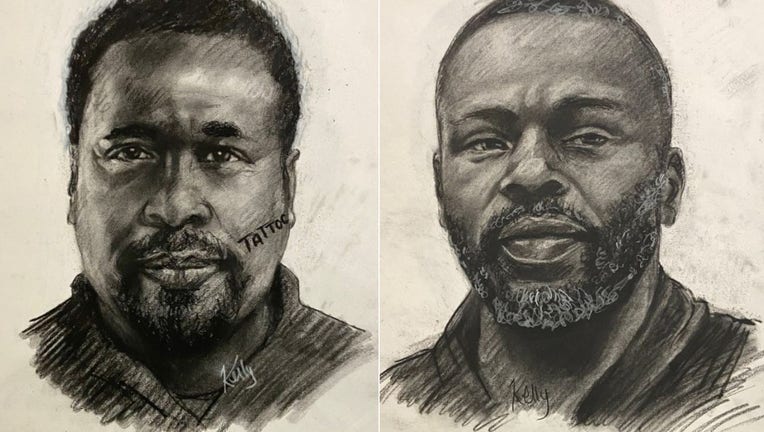 If you recognize either of these men, please call Crime Stoppers.

ATLANTA - Officers are on the lookout for two men wanted in an armed robbery in Atlanta earlier in July.

The Atlanta Police Department says they were called to the 2300 block of Niskey Lake Road SW on July 2 around 1:30 p.m. after reports of an armed robbery.

At the scene, officers met with the victim, identified as Daetyn Bates, who said that he had gone to meet with two men to buy some car parts.

When Bates met to make the purchase, he says one of the men pulled out a gun and told him to get on the ground.

The men then took Bates' phone, wallet, and money before fleeing the scene in what police believe to be a gold Ford Explorer.

Police are asking anyone with information on the crime to please call Crime Stoppers at 414-577-8477.